By bike
Our recommendations
News 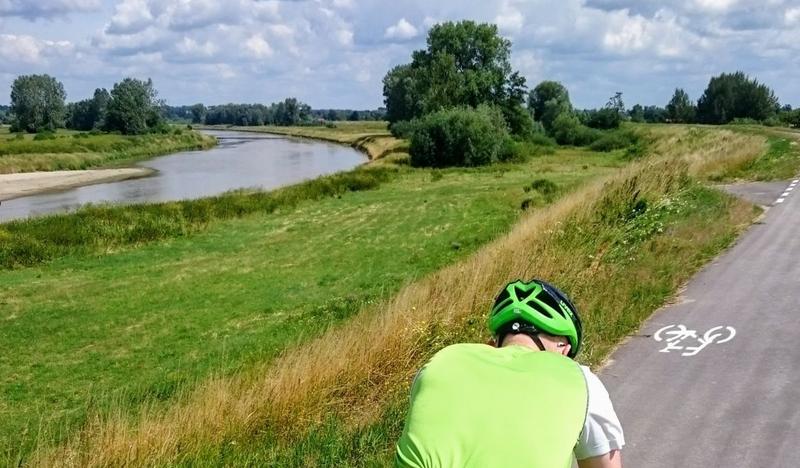 A true cycling route running along the queen of Polish rivers – this concept for the Vistula Cycling Route emerged some two decades ago, only to fade into oblivion soon afterwards. It did not re-emerge until 2014.

That year, the idea of the Vistula Route resurfaced again, this time in a bold project of a network of bicycle trails in Małopolska, where it was made one of the main routes. According to the project, it was supposed to lead along the Vistula embankments, which would gain asphalt roads on the top, and – where impossible – it would be planned alongside low-traffic public roads leading near the river. In other words – a carbon copy of Austrian or German long-distance cycling routes, which were built over the course of the last couple of years.

To be frank, when I first heard about this idea at WinterTravel 2014, I was highly sceptical. It was not the first concept of a bicycle route that I had seen in my life. Every single one of them was amazing – as long as it was just a concept. The implementation, however, was often limited to adding a couple of signs with route markings and that was it – so much for “cycling infrastructure.” Don't get me wrong – I love riding off-road trails, but I don’t really need others to mark them for me. After all, cycling is about freedom and I can ride pretty much anywhere I want anyway, maybe except for national parks. However, long-distance bike routes planned “with everyone in mind” should be more sophisticated than that, particularly if we want to use them to promote cycling. Thus, the Velo Małopolska project was born, with hard requirements and guidelines characterised by a great approach to bike tourism – the main routes were to have an asphalt surface, they needed to be flat, with no standard car traffic, and they were to be planned in such a way as to connect the main cities in Małopolska in the shortest possible way, while offering picturesque views. In other words, they were to serve as a solid and robust backbone for local tourist routes, enabling their users to see the attractions located 20-30 kilometres from the main routes. A beautiful concept, don’t you think?

Imagine my surprise when I went to Szczucin for my first reconnaissance nearly a year ago. I wanted to see how these assumptions correspond to reality. Right from the get-go, I stumbled upon a finished 30-kilometre asphalt route starting nearly right after the Małopolska welcome sign – which, unfortunately, is no longer there, although it would definitely need a bike symbol on it right now. They won my biker heart at this instant. I wanted to buy a drink for literally every single construction crew I met on the route. Since that day, I have ridden along the entire Małopolska section of the Vistula Cycling Route several times, at various times of day and in different seasons. It’s quite amazing at night, just bring a good light and some company.  Every time, I was giddy like a kid on Christmas when I saw a new stretch of the route, built thanks to the project coordinated by the Local Government of the Małopolska Region.

You might be asking yourself – all right, but does the VCR have any flaws? Of course… Mainly the fact that it isn’t finished yet. So far, two nearly 90-kilometre-long sections (Brzeszcze-Skawina and Chobot-Szczucin) have been built and sings were installed; however, the route still lacks several Cyclist Service Areas, a section leading through the Niepołomice municipality (which is slated to be completed in 2018) and a few sections (unfortunately key from the point of view of continuity) in the City of Krakow.

You can find the sections of the VCR where you can ride safely on this map bit.ly/mapaWTR – the black and grey colours mark completed sections with asphalt roads.  If you would like to complete the whole route, I recommend following this gpx track (bit.ly/wtrobjazd), which is suitable even for road bikes – you can easily go around the missing fragments without much trouble. And what does the route itself look like? I won't go into monuments and other attractions, which you can find in the immediate vicinity of the VCR, because I would have to create a comprehensive tourist guide. I’m going to focus simply on what you can find along the route itself.

You should start your trip along the VCR in Małopolska from its border with Silesia – in Jawiszowice. You can get from Krakow to Brzeszcze-Jawiszowice station by train. From Jawiszowice, you can go to Oświęcim through picturesque ponds in Brzeszcze (a Natura 2000 area), leading you along local roads with negligible traffic. In Oświęcim, the route leads you along existing pedestrian and bicycle lanes on the Soła River embankments (unfortunately made of cobblestone), some missing parts were also built – fortunately paved with asphalt – to complete the route.  Thanks to this, you can ride through the whole city while avoiding vehicular traffic. This road leads you to the bridge over the Vistula River, where you can get to the right bank of the river, with an asphalt road stretching up to the horizon. This is also where the real ride starts, on a route built exactly according to all the guidelines and project assumptions.  It’s smooth, it’s flat, it’s green, quiet and beautiful at any time of the year. Some might think that this will bore you to death, but for me riding at around 30 kilometres per hour – as designed – while listening to the whispering of the tyres, not worrying about anything at all, just taking in all the beauty and quietness of nature is the staple of this route and I’ll probably never grow bored with it. And I already have some considerable experience, since I’ve been using the Tyniec route every day for 5 years on my commute to work. This idyllic route – interrupted only by several kilometres of roads with temporary surface, which is only there because the embankments need to be overhauled, so until then we’re stuck with gravel – leads to Kamień, where you can choose one of two ways – follow the asphalt route, like the signs tell you, or jump on the “Drogowiec” ferry (which will start running again soon!) and get to the right, much easier bank to go to the Łączany Dam. From that point, you can go to Skawina along local roads with negligible traffic next to the embankment, as well as roads built on top of the embankment itself. At the moment, the “western” part of the VCR ends on a footbridge over the Skawinka River, which will soon be commissioned. If you plan on riding farther, you can use a “detour” GPX, which will lead you temporarily through Krakow, and then to Chobot through Niepołomice and the Niepołomice Forest, alongside standard roads. There, you can jump back on the embankments and find the first signs of the next finished part of the VCR, which we’ll call the “eastern” stretch. Don’t be discouraged by gravel right from the get-go. The gravel stretch is maybe 300 metres long, and then it turns into a smooth asphalt road that will allow you to pick up a bit of speed.

The smooth road leads you through Ispina (where you can relax at the first Service Point right next to the bridge) and Grobla, where you need to go back to local roads. The road will lead you to a bridge in Uście Solne – where in future you will be able to find the planned Velo Raba route. There, you can return to the river embankments. I’m not sure, but this might be my favourite part of the “eastern” stretch of the VCR, with an incredibly picturesque view of the green meanders of the Vistula River, wild beaches and wind turbines located on its high, right bank near Koszyce. The asphalt road along the embankments goes to Wietrzychowice, where you need to go through the centre of the town. You can also stop for a while and refill your bags, since there are a couple of stores in there. Follow the route to get to the free ferry on the Dunajec River, which operates all year round, from 6:00 a.m. until 8:00 p.m. in summer, and until 6:00 p.m. in other seasons. After crossing the river, you are in for a several-kilometres-long stretch through the picturesque and calm villages of Powiśle Dąbrowskie, where you can feel the spirit of the nearby Zalipie (https://bit.ly/doZalipia), leading you to Ujście Jezuickie. I’d personally recommend going to the ferry crossing, probably the only one in Poland located at the junction of two rivers (the mouth of the Dunajec River and the Vistula.) If, however, you’re sick of ferries already, follow the WTR signs to the embankments, to enjoy the 30-kilometre-long continuous section of a bike route to the finish line in Szczucin. What then?

Watch the film from the Vistula Cycling Route by the author. 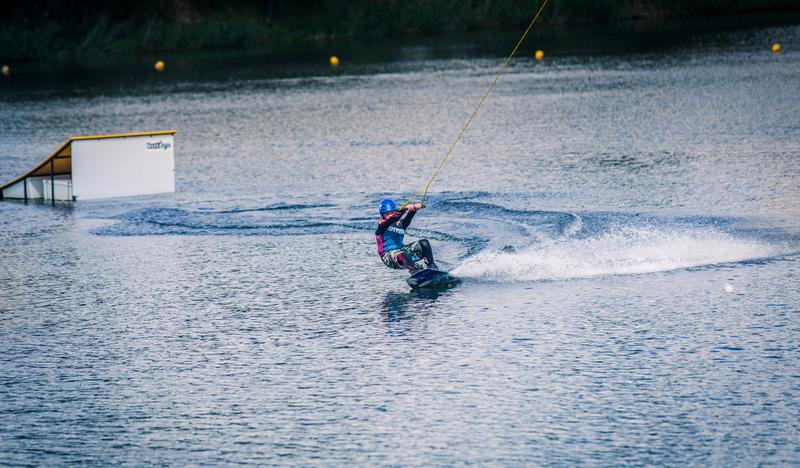 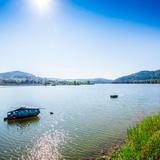